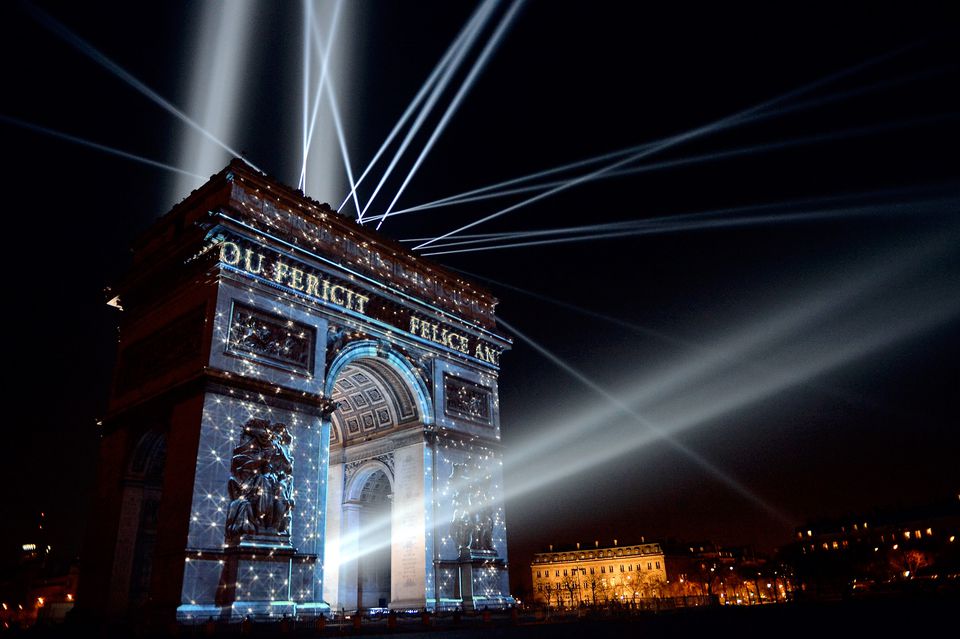 If you are lucky enough to be spending New Year’s Eve in Paris, you really are spoiled for choice in terms of the number of ways to celebrate new year ‘s eve in Paris & the local traditions  try out. To help you make the most of your night, the team of the BVJ Paris Youth Hostels, the first, best located and most Parisian of all youth hostels in Paris has put together a list of the ten best restaurants, shows, street parties, and club nights in the French capital to spend New Year’s Eve 2017.

The restaurant in the Eiffel Tower

Being the culinary capital of the world, you won’t struggle to find a restaurant serving a delicious New Year’s Eve feast. However, if you want somewhere that not only serves great food but gives you a mind blowing view of the city, you should book a table the 58 Tour Eiffel. This restaurant, which serves a four-course dinner and glass of wine, is on the first floor of the tower and is not far from the BVJ Paris Youth Hostels! 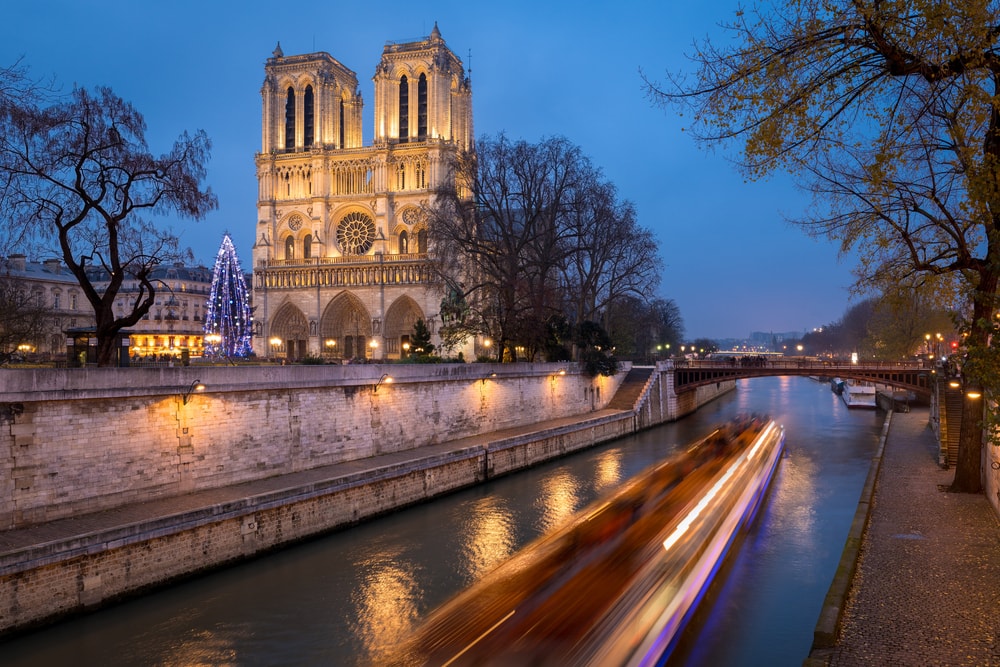 A boat on the Seine

Another alternative dining experience for New Year’s Eve is to go to the Seine for a dinner cruise with Bateaux Parisiens. As well as a delicious meal, a bottle of Pommery champagne and musical entertainment, being on the river will allow you enjoy the atmosphere of the holiday right across the capital. Be sure to reserve at least 24 hours in advance as these New Year’s Eve cruises are in high demand. Very close to the BVJ Louvre Youth Hostel!

Cabaret at the Moulin Rouge

While at any other time of the year a night at the Moulin Rouge might seem like a bit much, on New Year’s Eve the flashing lights, high kicking, and extraordinary amounts of fake tan are somehow perfectly suited to the tone and energy of the holiday. The evening includes the famous cabaret show, a gourmet meal, and a special one-night-only, post-midnight performance. Only a few minutes from the BVJ Opéra-Montmartre Youth Hostel!

A show at the Lido de Paris

You can also indulge in a night of cabaret & blurlesque at the Lido de Paris on the Champs-Élysées. Much like at the Moulin Rouge, the New Year’s Eve package includes the main show, a seafood dinner, champagne, a specially-choreographed midnight show and an after party. A few steps away from the BVJ Champs-Elysées Youth Hostel!

A performance of I Love Piaf

If you prefer musical to cabaret, then you should see I Love Piaf at the Théatre Edgar. This intimate show tells the story of the legendary singer from the Belleville neighborhood in Paris, Edith Piaf, and includes all of her most famous songs. English translations will be projected above the stage. Not far from the BVJ Paris Youth Hostels!

Celebrate on the Champ de Mars

Unsurprisingly, given that the Eiffel Tower is the focal point in Paris for most visitors, people won’t celebrate just at its first floor restaurant. The tallest structure in the city and the Champs de Mars act as a gathering point for people who want to spend the evening outside, making new friends, and waiting to shout bonne année to the world. With direct access from the BVJ Paris Youth Hostels!

A light show on the Champs-Élysées

The Champs-Elysées, particularly towards the Arc de Triomphe, is the site of the official Parisian New Year’s Eve street party. Starting at 9 pm, people start flocking to the avenue to get in position for the midnight light show. There are also numerous clubs and bars in this neighborhood to head to afterward. Only a few minutes walking from the BVJ Champs-Elysées Youth Hostel!

Another street party in Paris takes place on the steps and in the squares around the Sacré-Coeur in Montmartre. It is significantly calmer than on the Champs-Élysées, and it offers an amazing panoramic view of the city. Again, the neighborhood is full of cabarets, bars, and clubs to head to after midnight, and it’s a walking distance from the BVJ Opéra-Montmartre Youth Hostel!

Dance the night away at Wanderlust

If you would rather spend the final moments of the year under a strobe, then there are plenty of amazing nightclubs in Paris to choose from. One of the coolest is Wanderlust, which is actually part of Les Docks, a modern complex dedicated to fashion and design. The club has a big terrace where you can dance under the stars, and also a space inside that features another dancefloor and a restaurant. Not far from the BVJ Paris Youth Hostels!

Party all night long at the Rex Club

The Rex Club, the biggest feature on the Grands Boulevards clubbing scene, is another popular choice for dancing the night away on New Year’s Eve in Paris. The venue is attached to the most famous cinema in Paris, the Grand Rex, whose neon sign can be seen from miles away. The downstairs dance floors pull in an international bunch looking to party hard to some bass-heavy EDM. Only a few minutes from the BVJ Louvre Youth Hostel! 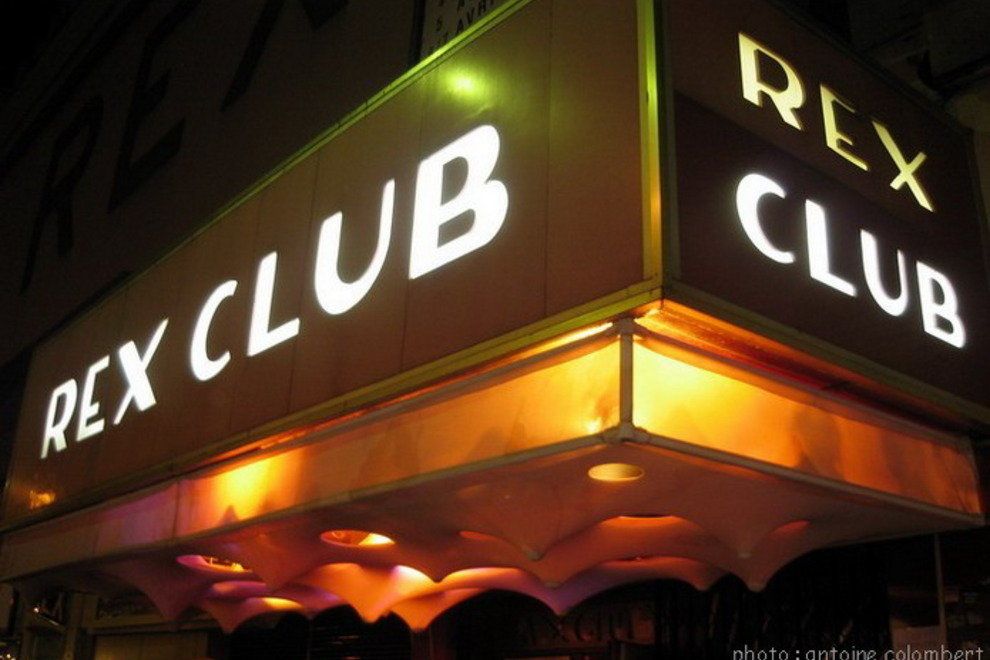 Therefore, if you’re coming to spend New Year’s Eve in Paris, don’t hesitate: book a bed in the BVJ Paris Youth Hostel: a budget accommodation, with a 24h reception and a free French breakfast at the heart of Paris! Either in a solo trip, with a group of friends or with your family, the BVJ Paris Youth Hostel welcomes you to celebrate New Year’s Eve in Paris in the first, best located and most Parisian of all youth hostels in Paris!