The City of Paris proposes an “oneiric and poetic” visual show to animate 2016’s last 20 minutes on the Champs Elysées Avenue… a few steps away from the PARIS – BVJ Champs-Elysées Monceau Youth Hostel!

Images projected over the Triumph Arch will tell the evolution of Paris until 2024, with an original soundtrack before a pyrotechnic spectacle.

As Ernest Hemmingway said, “Paris is a movable feast”, especially in New Year’s Eve, when Parisians and Tourists welcome the New Year on the world’s most beautiful avenue.

After Anne Hidalgo’s election in 2014, the city hall follows the celebrations organizing a free spectacle on the Champs-Elysées. The chosen theme for this 3rd edition, associating the projection of images over the Triumph Arch and a pyrotechnic spectacle in the end is Paris’ application to the 2024 Olympic Games: the hosting city will be chosen by the International Olympic Committee in September 2017. “Besides New Year’s Eve’s celebrations, we want to send a letter to the world and address our votes to all nations we want to welcome in à Paris in 2024“, said Bruno Julliard…

Will the Parisians put their heart in the party? Bruno Julliard, who will be at the Champs Elysées Avenue next to Anne Hidalgo is convinced: “We never had so much need to show our determination to live on”. Understood, 500 000 people are expected in the party…

Transmitted in 5 screens installed on the pair sidewalk if the Champs-Elysées Avenue, the spectacle, which mobilizes 70 people, will start at 11:30 PM and will end at 00:03. “But since 9 PM, images about Paris and the Olympic Games will be transmitted. At 11:30 PM, a 10 minutes animation based on optical illusions will be projected over the Triumph Arch explains Martin Arnaud, supervisor associated with Marilyn Kuentz of Les Petits Français society, specialized on these kinds of events.

The ambition of this spectacle which will animate this year’s last twenty minutes is to “tell in an oneiric and poetic way the evolution of Paris until 2024 “, announces Martin Arnaud. For the opening, thanks to 18 projectors, “Welcome” will be written in 23 languages over the Triumph Arch, where 200 children’s drawings will also be projected. Specially composed by 3 musicians (Philippe Villar, Pascal Lengagne and Pierre Caillot), the soundtrack will be crowned with two titles: “Mon manège à moi”, by Edith Piaf and  “D.A.N.C.E”, by Justice.

A graphic summon of the cities that held the Olympic Games since the year 2000 will precede the final countdown. Followed by a “pyrotechnic act” which will enlighten the skies of Paris. But don’t say anything! It’s a surprise… 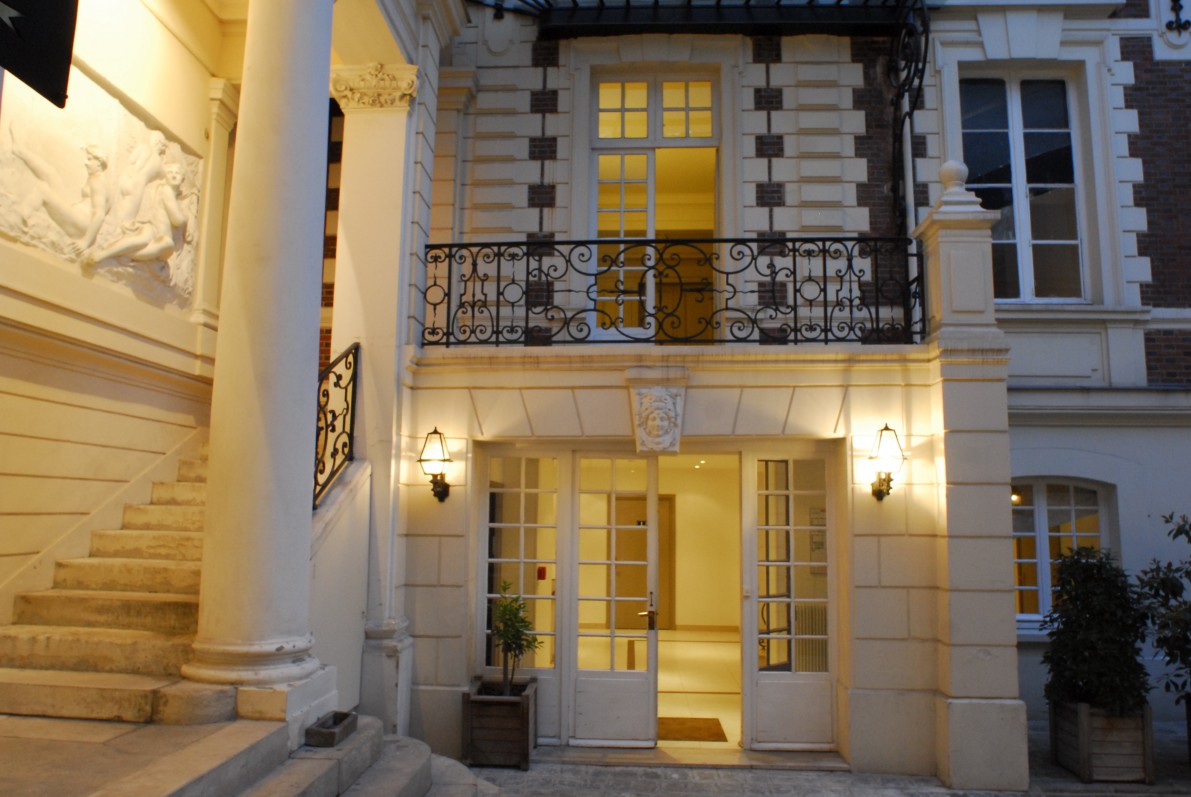 And to avoid missing anything from New Year’s Eve’s festivities in Paris, think about booking your stay in PARIS, alone or with your family or for a group trip to PARIS, a few steps from the Triumph Arch and the Champs Elysées Avenue, in the PARIS – BVJ Champs-Elysées Monceau Youth Hostel, 12, Rue Léon Jost in Paris 17th, situated in the very heart of one of the most sophisticated areas of Paris, very close to the Triumph Arch, the Champs Elysées Avenue and the Monceau Parc, former particular hotel and atelier of the subversive painter Henri GERVEX, already exposed in the Elysée’s Palace Hall and the Musée d’Orsay…a unique, sophisticated, trendy and Parisian Youth Hostel with its mural, its soft bar, free wi-fi and secrets to be found in the day of your arrival or during a breakfast on its private yard: a Parisian secret, the best kept of Paris!