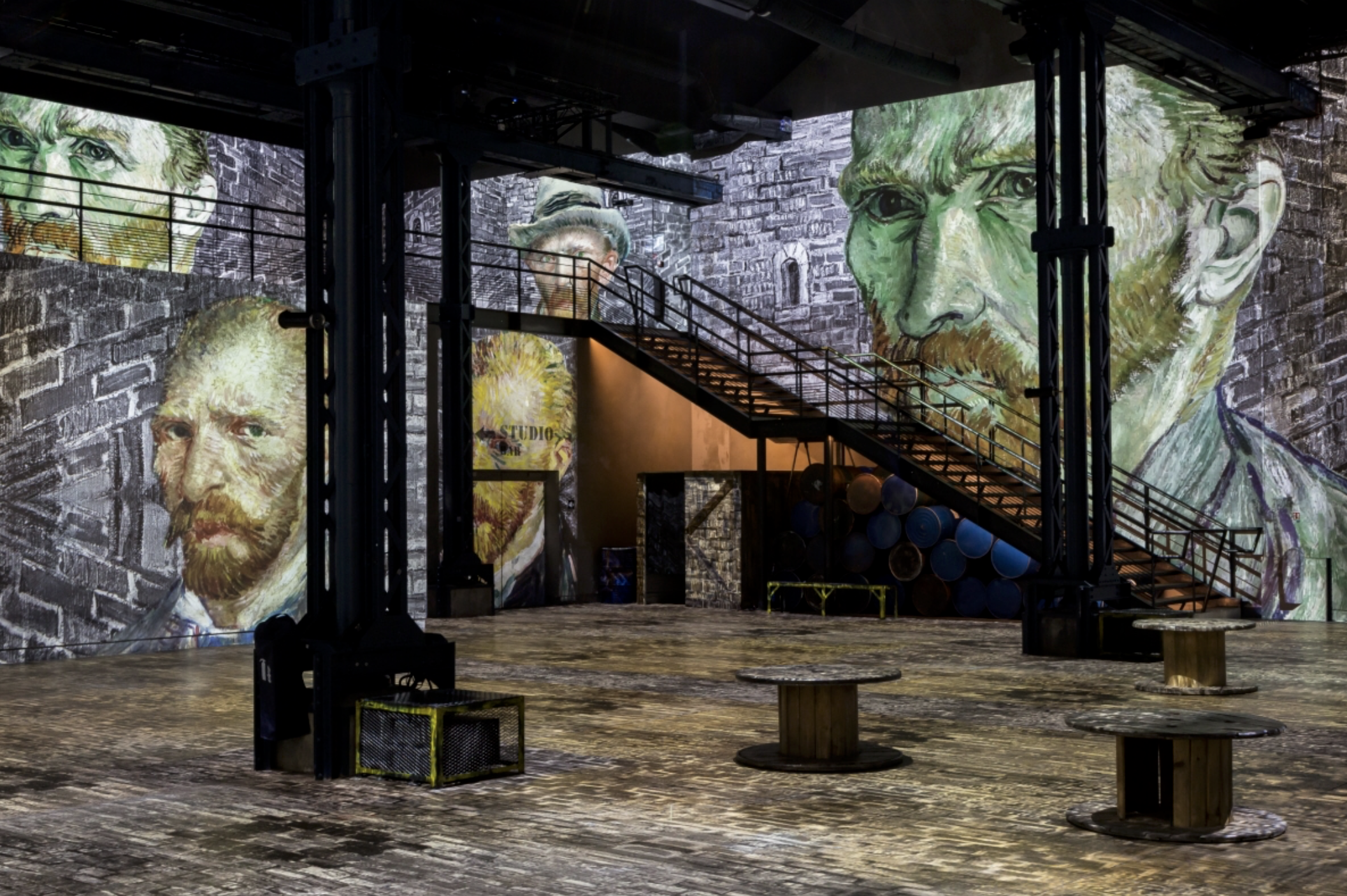 Listen to Miles Davis,  Janis Joplin or Nina Simone by watching dancing sunflowers, iris, and Van Gogh‘s wheatfields, a few metro stations closed to the HOSTEL PARIS – BVJ OPERA-MONTMARTRE : It is almost psychedelic… another of teaching during a cultural trip with a group in Paris…

A kind of natural drug. Let go yourselves, it is a dance. The purists will find fault with it, but the color is a pure pleasure in all its forms after all, including this dumping as in a bath. After “Klimt” – 1,  one million visitors -, here is the second creation of the “Atelier des Lumières” (XIth Paris), the first center of digital art in France. We preferred “Van Gogh” To Klimt “. Because it is necessary to learn to let go itself, not to compare these unstable digital images on classical or modern musics with an exhibition. And because the thick paint of Van Gogh‘s oils on canvas, its colors, its drafts hatched, lends itself marvelously to these enlargements. We want to affect these blades of grass, it is even advised:” the children understood everything. While the public is a little disorientated at the beginning because it is necessary to choose its space, to walk or not, to sit down if we want, them run, affect the images, are in the emotion. It is necessary to release. For Klimt, I even saw couples dancing on a waltz “, smiles Gianfranco Iannuzzi, one of the three Italian directors of these”Van Gogh – As of “Klimt” – With Renato Gatto and Massimiliano Siccardi. 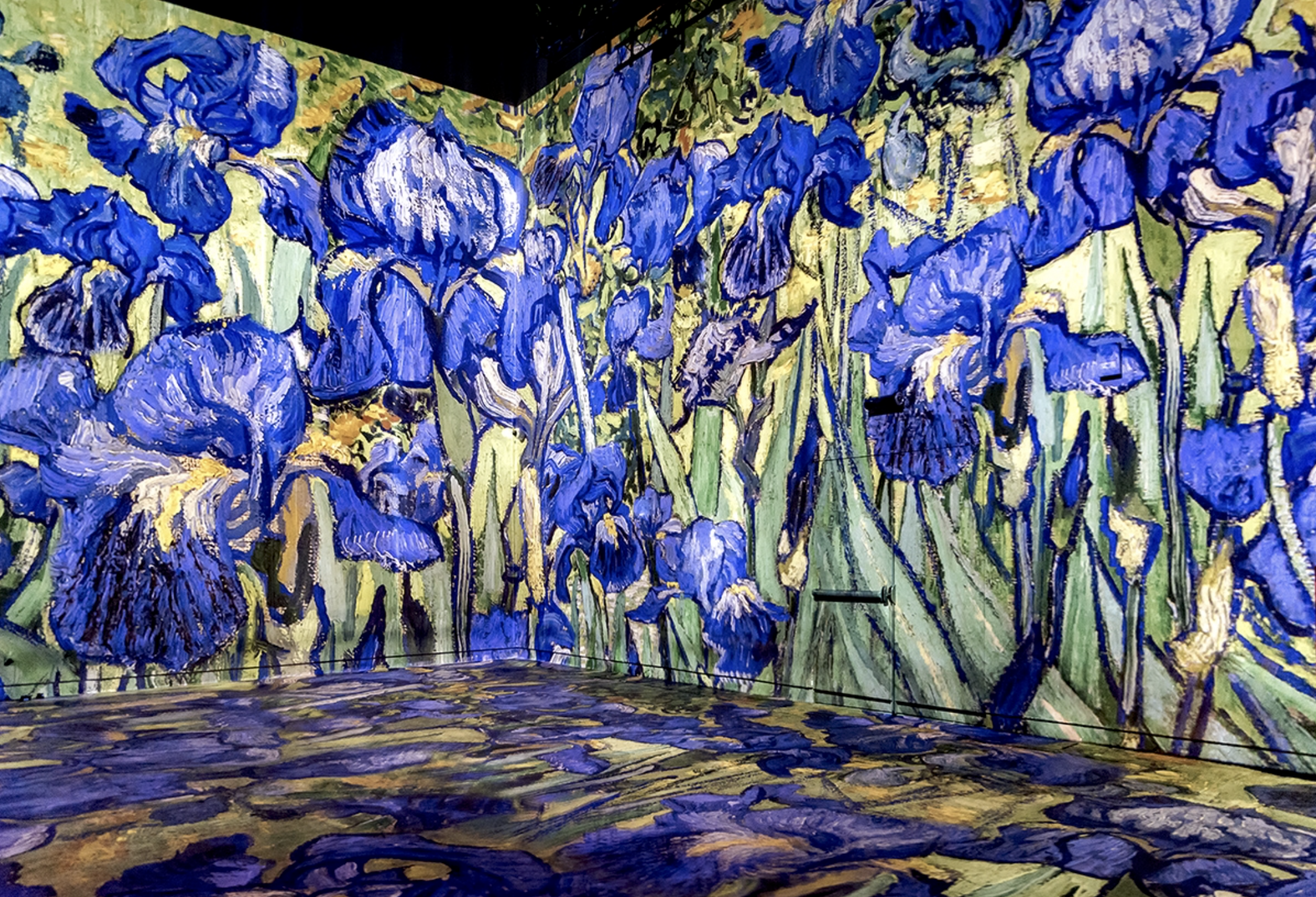 The director began as sociologist and photographer before discovering art immersif to his beginnings, there is around thirty years. “In one or two generations. We passed of the Cinemascope on TV, and now everybody is in front of his smartphone, analyzes Gianfranco. The world does not stop shrinking. Us, we blow up the image in the space, we break the relation between public and screen. Art immersif, it is a new media, a little as when the cinema arrived.”

Gianfranco is a designer, Renato director, Massimiliano video director. They live in Paris, Venice or Rome, but travaiellent together since their beginnings. Well before the success of “Klimt” : “Everybody was surprised by these crowds, laughs Gianfranco. Paris is a footbridge. And people ask for that. There are no more so many moments of division”. Their technique, finalized in Baux-de-Provence (Bouches-du-Rhône) which shelters another digital site, leans on 140 video-projectors: “the technology allows to make dance the image on the sound with a harmony which was impossible before. At the beginning, we made slide shows, with slides being linked in fixed images. In the time that seemed brilliant …” 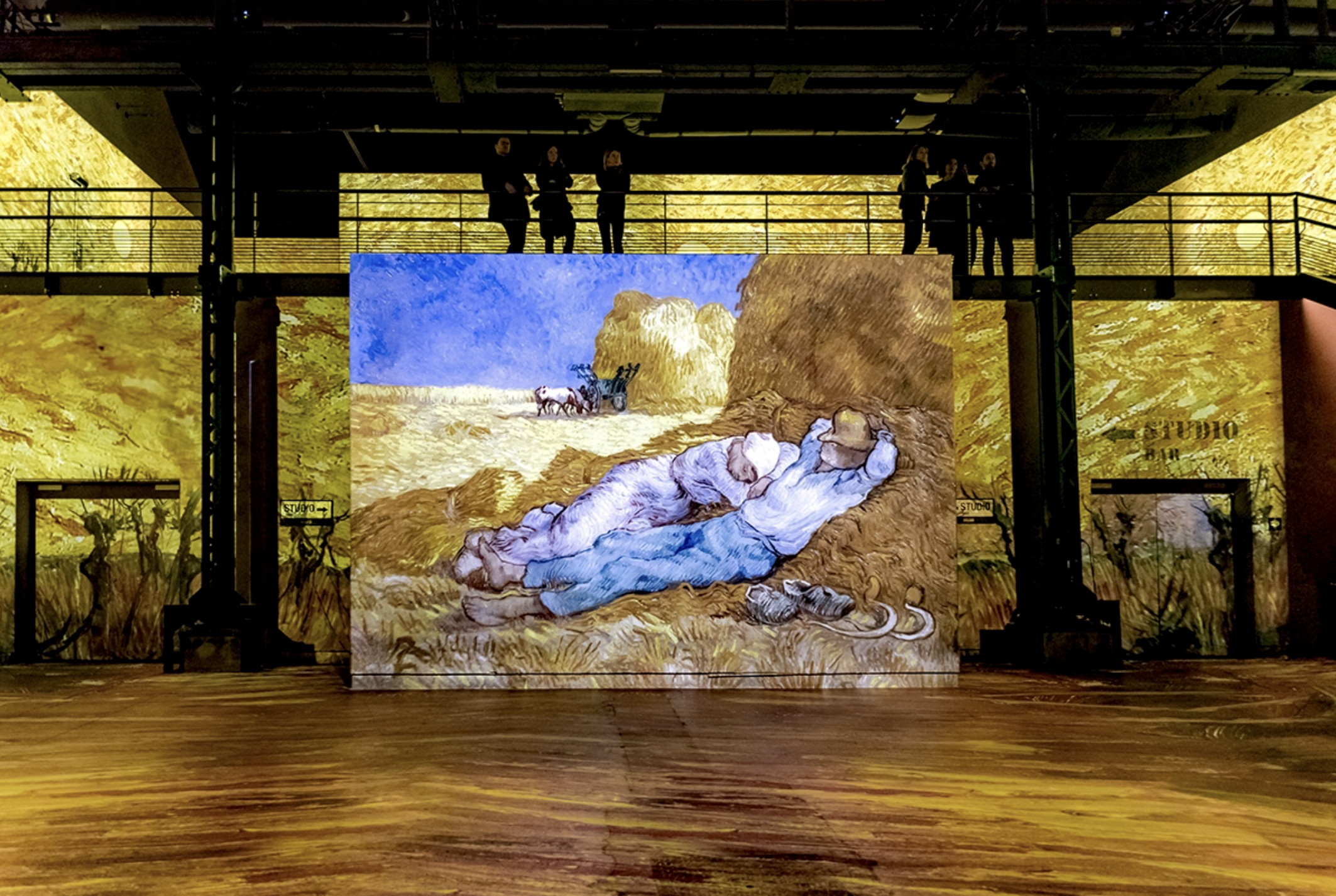 In great demand, the trio works in Leipzig in Germany, in South Korea, and soon in the submarine base of Bordeaux. “It is very craft, we cannot answer all the demands. Here, this former foundry, it was an empty shed. It is necessary to be a little bit visionary. And we change things until the last moment”. As a partition, which ends on Van Gogh‘s almond tree duplicated in the infinity. Or the immense sun which warms, even digital.

With the wish, to welcome you in the HOSTEL in PARIS  – BVJ OPERA-MONTMARTRE, to share a bit more on immersive art in Paris….