Paris evolves every year. A good excuse to make a new trip to Paris every year. In addition to the large scale projects, similar to the Olympic Games 2024 in Paris, which every year further transform the Grand Paris… Thanks to Bonbon de Paris (a forerunner of Parisian trends), and Morgane Espagnet, here are some small projects selected by the BVJ PARIS Youth Hostels, to enjoy a group trip to Paris, a family weekend in the capital, a young accommodation in the heart of the capital

As part of the Plan Climat de la Ville de Paris, close to the BVJ OPERA-MONTMARTRE Youth Hostel , the rue de Paradis will become the first zero waste street in Paris. What’s the target? Encourage citizens and Parisians of a night in Paris to reduce their waste production as much as possible and to sort better. Parisian restaurants, breweries and cafeterias will be encouraged to offer recyclable cardboard boxes, cups and straws, and group composters… A young project that goes beyond simply optimizing recycling.

Bastille, Nation, Place des Fêtes, Gambetta, Madeleine, Panthéon, place d’Italie. There are 7 mythical places in Paname that are or will be refurbished. The goal? Leave less room for cars, and more for pedestrians and young travelers in Paris. We will finally be able to walk at our leisure, with less pollution, less horn and more tranquility during your group trip to Paris. And bonuses: once the work is completed, pedestrians, cyclists and young travelers will have more space with a total of 4200 m2 won on car traffic! 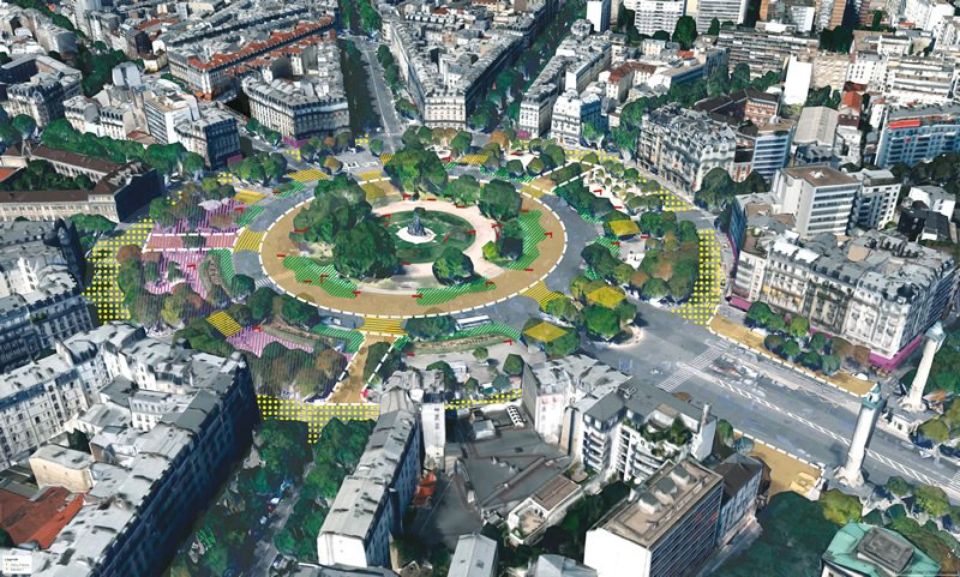 By 2020, the City of Paris will open 30 hectares of additional green space. Three new gardens opened, the Truillot Garden in the 11th, the Father-Armand-David Garden in the 6th and the Sainte-Périne Park Garden in the 16th. Not forgetting the Nelson Mandela Garden in the Halles de Paris just steps from the BVJ LOUVRE Youth Hostel.

The City of Paris launches in 2019 its walks and hikes. On the program? More than 700 m2 to create urban agriculture and the opening of 4 environmentally friendly shops. Three responsible consumer kiosks will be installed this summer in the Paris area.

This year, a huge construction site begins at the Basilique of Saint-Denis to reinstall its northern arrow, a 90-metre high Gothic art bell tower. And this project should last… eleven years! Don’t worry, the monument will remain accessible to groups visiting Paris, and a gazebo will even be installed to observe the progress of the work. A beautiful project to restore the sublime basilica to its former brilliance. 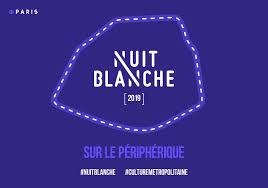 The 2019 edition of the Nuit Blanche in Paris, scheduled for the month of October, is expected to be discussed. In fact, Bruno Julliard, former deputy in charge of Culture for Anne Hidalgo, announced that Parisians and overnight Travellers in Paris should be able to invest the ring road on foot during the next Nuit Blanche in Paris, to witness performances and discover unique artistic installations!

7- Green space around the Eiffel Tower

The Paris Council approved the launch of the «Site Tour Eiffel«. On the programme: a 54 ha space around the monument with the aim of rebalancing public use for pedestrians and travellers, thus improving accessibility to the monument. And bonus: you can find tourist information points about Paris, cultural events, toilets or even shops! 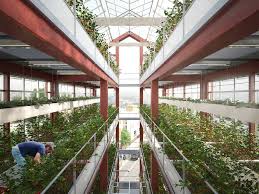 8- Construction of the Cité maraîchère of Grand Paris

The famous vertical greenhouse of Grand Paris, the height of a building that has been so much discussed, will be built this year. It is estimated that 16 tons of fruits and vegetables will be grown there, all sold in a short circuit and allowing to feed nearly 200 families and travelers passing through Paris!

Since this Tuesday, January 1, 2019, the sorting rules are simplified in Paris. The yellow bin will now accept paper, cardboard, plastic, metal, polystyrene, bags, boxes, trays, yogurt jars, plastic films, box of eggs and even aluminum coffee capsules. The rules remain unchanged for the white tray and the green tray! The end of a stance and the pursuit of a commitment from the city of Paris.

On May 15, a part of the A15 bridge was damaged. Since then, we will not lie to each other. It is the “galère” to come by bus to Paris. Friends travelers, good news: the viaduct will finally be fully reopened in March. The deliverance is close and it’s 30 minutes to win to join the BVJ Champs-Elysées Youth Hostel ! Enjoy…